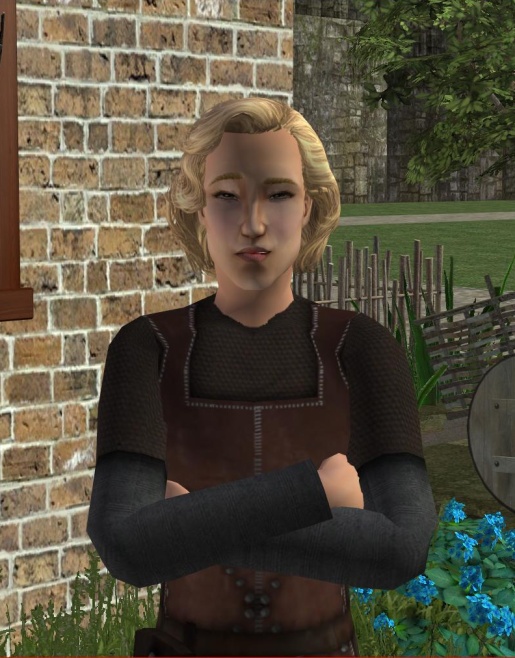 _Michael Chandler is a mystery to many of the villagers in Shropshire.  When he arrived early in the spring of 1600, he was a young man of 26 years, and he told a tale of hard luck, describing his upbringing in a small hamlet on the edges of Applemere.  Only wishing to get away from his brutal father, a wealthy chandler in the shire of Applemere, Michael ran away from home at the age of twelve and lived with a passing caravan that took him far from home.   After some time, his father died and left a modest inheritance to him, his only son.  Ready to embark upon a new life, he parted ways with his companions and found his way to Shropshire where he purchased a small shop with the money left him by his father.  However, questions about Michael and his fantastic tale persist: the deal of the chandler's shop was carried out in the highest secrecy, just weeks after the death of the old chandler who died quite suddenly after he took sick with a suspicious fever, and no one save a very few know the exact details of the arrangement he made with the King--given that Applemere is a contested territory, none are allowed to enter into Warwick from Applemere without the permission of the King.  Not only that, but Michael's blond, curly locks and his delicate features suggest a high born heritage, not the only son of a rude candlemaker from Applemere.  Rumors fly that he's hiding a dark past, but no one knows anything for sure.

Frequent visits from the Crown Prince suggest that the candlemaker's story isn't entirely true, and speculations abound that Michael Chandler may be a pirate hiding out.  If he is, he wouldn't be the only one:  the oldest villagers tell that the town is full of pirates, all pretending to be merchants.  Could be--who knows? 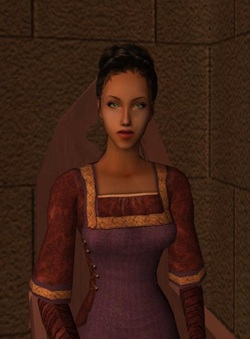 Alysone White, daughter of a prosperous Westsea captain, married Michael Chandler the day she met him.  Though the couple said very little but their vows, most people believe the match was arranged by the King himself, who attended the nuptials.  Alysone's soft, slow Westsea accent is beautiful, if somewhat unusual, and the people of Shropshire like her, though she seems to keep her distance.  Alysone is free with her affection and often comes across as rude and undisciplined, since she openly speaks her mind, without thinking of the repercussions.  For weeks at a time, she is known to leave her husband, perhaps to sail with her father.  That may change, now that she is a wife.

Wedding of Michael and Alysone Chandler 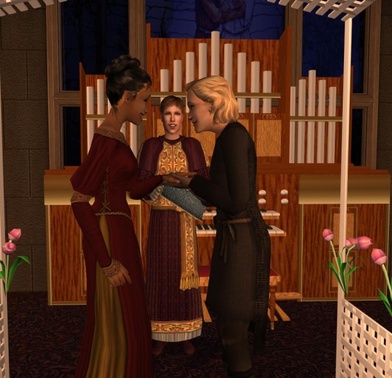 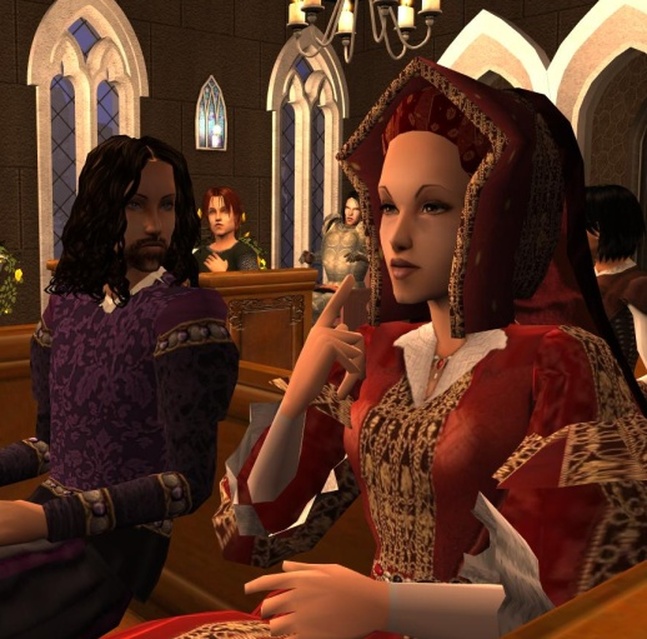 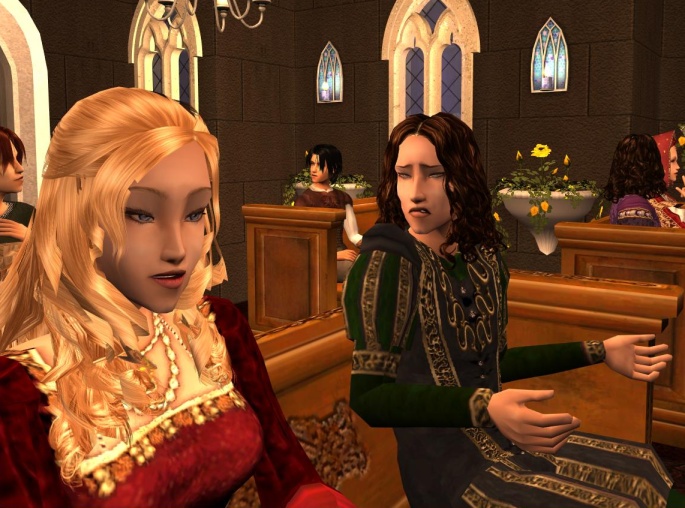 "I think he's rather handsome," Lady Maricela whispered simply. "That is really beside the point!" Lord Henri Marchand returned, an impotent rage building. 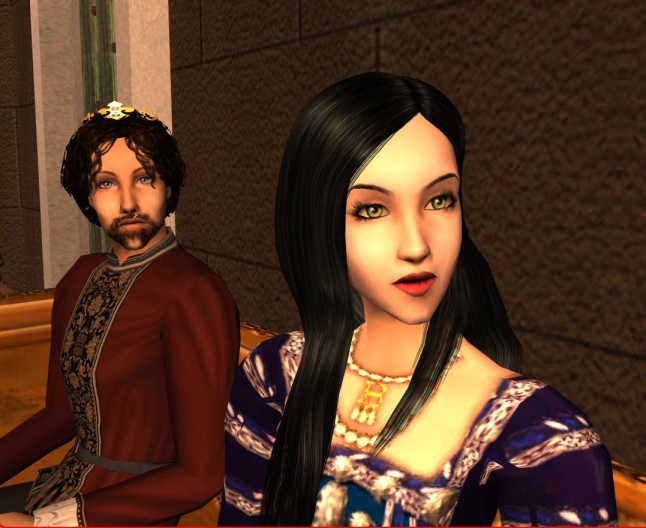 Lady Raven gazed in silence, her green eyes glittering like jewels. "I think you might answer me when I speak--" Lord Christopher's words trailed off. He'd never seen his wife stare in such rapt absorption. "I mean it's not like you've never seen a simple candlemaker before!" 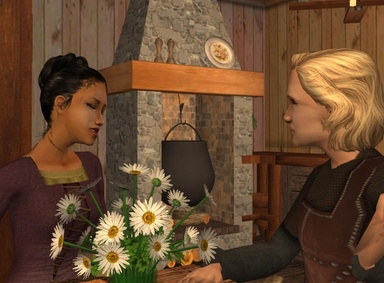 Michael and Alysone at home, 1605.
The first year was more difficult than Michael had imagined it would be.  Thankfully, he did find that he could love his wife, and her cooking was superb, but her tongue was looser than a broken hinge and it seemed to him that she had an opinion on everything--and one that invariably differed from his own.  Married life was certainly not what he'd expected, to say the least.
Perhaps she would calm down when she became a mother--at least he hoped so.