The Duchy of Andover 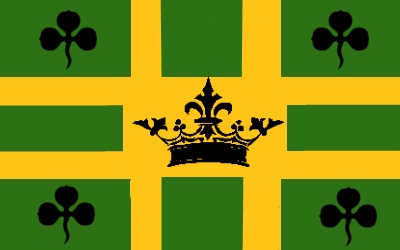 Andover is the principle agricultural center of Warwick, and is the northernmost region in the kingdom.  The region enjoys a short, but productive growing season that produces strawberries and cucumbers in the spring, and tomatoes and pole beans in the summer.  Fish of all sorts teem in the region's lakes, and the fishermen of the region enjoy a long and productive season from spring through fall.  Winters in Andover are notorious in Warwick for their length and severity, bringing heavy snows and deep, long nights that challenge even the most stalwart hearts.

​People:
The people of Andover are of hardy and sturdy stock.  Believing in the values of hard work and temperance, Andoverians keep both feet on the ground and both hands on the plow, when they are not closing their eyes in prayer, or opening their hearts in thanks to Divine Providence.
History:
​The Duchy of Andover has undergone many changes since its establishment by King Hrodwulf in 511.  The first Shire to be apportioned was Warwick, originally known as Vervyckshire, in 511.

Later, the Counties of Sedgwick and Roseton were established, in the 1oth Century.  The Shires of Deaton and Dover were apportioned in the late 14th Century to strengthen the borders between Andover and Amicouer when war threatened.  The area remains sparsely populated today.

The last County to be apportioned was Deaton County, with the establishment of the Shires of Westchester, Eastchester, and Northchester.

Eastchester is home to many fishermen who take their livelihood from Blackwick Lake.

Westchester is rather densely populated with vegetable farmers who produce the majority of the food for Warwick, primarily tomatoes, cucumbers, and winter wheat.  Westchester is also home to a large number of orchardists who produce apples for eating and wine making.

Northchester is home to shepherds who tend their flocks in the high hilly regions of the land.
Climate:
The climate is temperate, enjoying a short but productive growing season in the spring and summer, with colder than average winters.  Andover winters produce legendary blizzards with snowfall often trapping people in their homes for weeks at a time.  Spring is the shortest season of the year in Andover, and is often cold, producing heavy, wet snows.  Summer comes after the first of July and brings with it warm southern winds that make the arable lands fertile again.  Andover is the largest agricultural center in Havinia, producing the bulk of the food needed for the entire realm.
Map of the Region
Andover Census