The Warwick Tales:
Birth of an Age

Some years ago, I had the singular opportunity to give the keynote address at a conference in my field at the University of M--.  As it was summer and classes were not in session, I resolved to drive the distance to the conference, some five hundred miles, and take in parts of the countryside I had never visited, but had only read about with great interest.  The parts I was to travel through were peopled with a hardy and industrious race of farmers and traders, and the countryside was of unparalleled and rustic beauty.  So I began my journey with great anticipation and excitement at the opportunity that lay ahead for personal renewal and academic advancement.  I had been traveling for several days, when I determined to leave the main roads where little of interest for me lay and to pursue a more circuitous course to my destination.  The conference was still some weeks away, and with little else to occupy me, I decided to travel at a more leisurely pace and take in more of the history of the lands I journeyed through.  I reasoned that the greater understanding I gained would be of great value to me in connecting to my audience at the upcoming conference and might provide further material for study in the future.  For several days, I rambled over country roads, picnicking in small roadside parks and stopping in tiny villages to visit the genealogical societies and county clerk's offices to peruse the history of the region and learn more about its people.  One particularly fine afternoon, I came to a small inn just at the edge of a tiny farming village.  I had stumbled upon it quite by accident when I took a wrong turning from the small highway I'd been following.  Quite suddenly, the road had turned to cobblestone and I found myself delighted at the antiquity of the landscape, at once majestic and serene.  With the day still quite ahead of me, I followed the road which made a number of turns, and which divided several times into crossroads, winding and rewinding itself over the rolling hills until I was quite at a loss as to which way I had come, and which direction to pursue in search of the highway, which seemed to me now a mark of civilization and comfort in this desolate and forlorn land.  As the day wore on and dusk approached, my roaming had taken me far from the neatly kept farms which had been my pleasant and constant company through the journey so far, and which now turned to overgrown fields and abandoned cottages, their thatched roofs fallen through, the wood fences once surrounding them broken and confused in a mass of weeds and brambles.  Finally, as I've said, I came quite accidentally upon a small inn, and there I resolved to get a drink and some directions back to the main road. 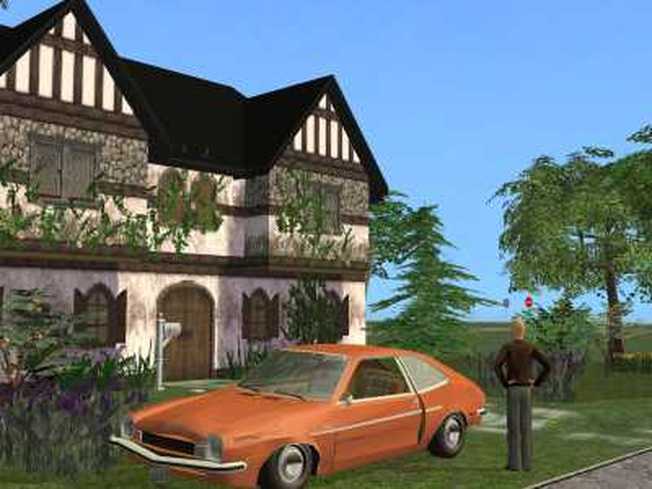 I parked my little roadster on the gravel outside the inn and approached the door.  Upon reaching the entrance, I found it locked and deserted.  My heart sank as I faced the possibility that I would need to retrace my path to the main road in the dark and with very little petrol in the tank, when quite suddenly, the door flew open and a massive, burly man greeted me in a booming voice, "Hail, traveler.  How may I help you?"  His overwhelming size and strength would have terrified me were it not for his equally huge smile and genial spirit. 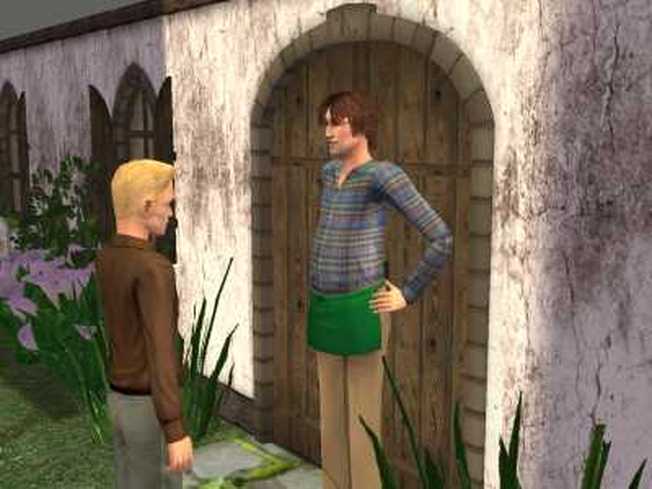 I was led into the establishment by the innkeeper and invited to sit at the bar.  After a cold drink of ale, which the keeper drew up from an ancient tap, I began to feel more myself, though I felt more hungry than I had in days. 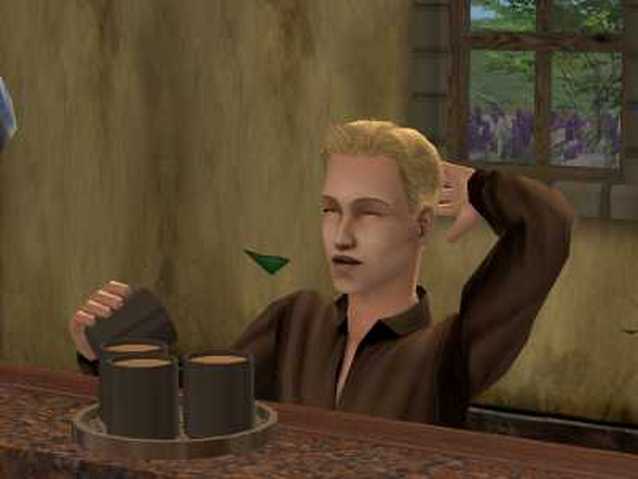 Breakfast, a handful of granola and glass of juice seemed an eternity behind me, and I couldn't recall whether I'd eaten anything for lunch.  It must have been small, if I had.  The innkeeper's wife, to my undying gratitude must have noticed my famished state and set before me a roast beef sandwich of tremendous proportions. It seemed that everything in this tiny place was huge.  As I tucked in to my sandwich, the good barkeep started another round of drinks. 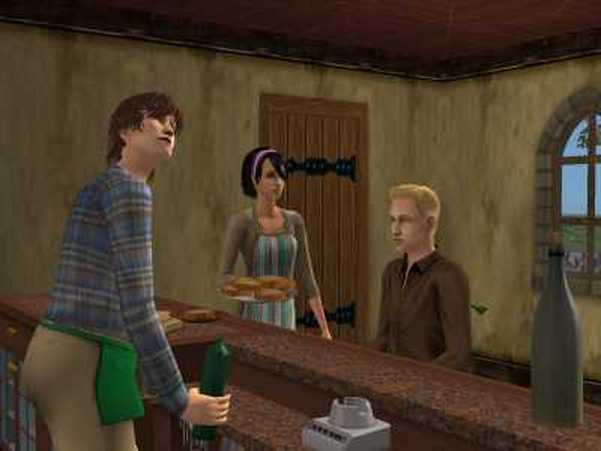 I ate with an ardor nearly surpassing Venus and Adonis as I listened to the innkeeper regale me with stories of the land--I had asked to hear some of the folklore of the place, and he seemed eager to oblige me. I was most curious about the history of the tiny community, its name and inhabitants, and above all, its age for truly, it seemed to me that the place had been there for hundreds of years.  Curious, I ventured an inquiry into the history of the inn, for it seemed that the folklore of the place was more lengthy than I could ever hope to exhaust, but the question was met with a protracted silence. 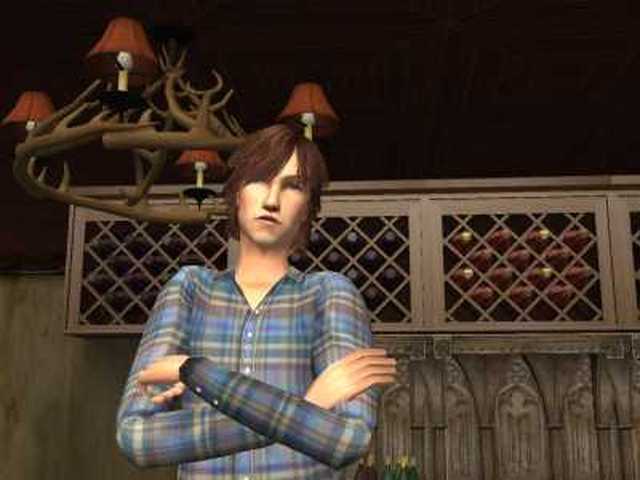 "I sincerely hope I haven't offended," I offered quickly to allay the tension, "but my curiosity as a historian ..."  My voice trailed off. 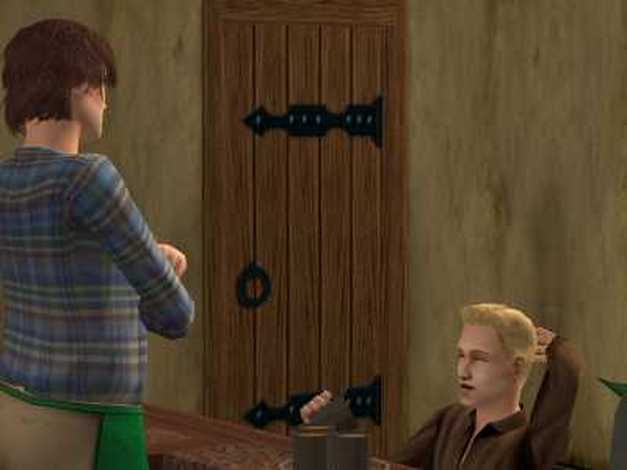 The innkeeper smiled a broad, bracing grin.  "Ah, 'tis nothing, nothing," he boomed.
Even his accent, I realized, was antiquated.
"If you've got the time, that is, and you're not meaning to go anyway soon, I'll be glad to tell you more of this land."
His wife eyed him with suspicion, but his broad chest and ample belly shook with laughter as he clapped her on the shoulder and turned to me.  "My wife thinks you may be eager to be returnin' to the main road, and mayhap you'll be needin' stay a few nights if you're determinin' to hear the entire story out.  Folks nowadays don't generally have the time to sit a spell."
"If that's all your concern, then let me reassure you," I spoke confidently.  "I would love to stay a sp- ..., um--while, and hear your whole story out.  --I've got money to reimburse you, and I'll need some petrol, if there is any to be had," I added quickly, hoping that there would be.
The innkeeper's wife, a small, but spunky lady, winked mischievously.  "Of course, we'll be glad to find you a room."  She disappeared within, and I was left to hear the innkeeper's tale. 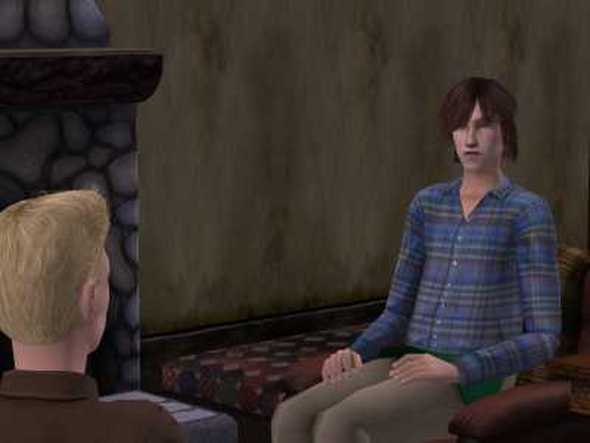 He motioned me to a comfortable chair before the fireplace and settled his huge frame into an easy chair, waving me toward another.  He lit a pipe and handed it to me before drawing another out of his pocket.  For some long minutes, he smoked in silence, blowing rings toward the fireplace and watching them dissipate into the wood beams far above. 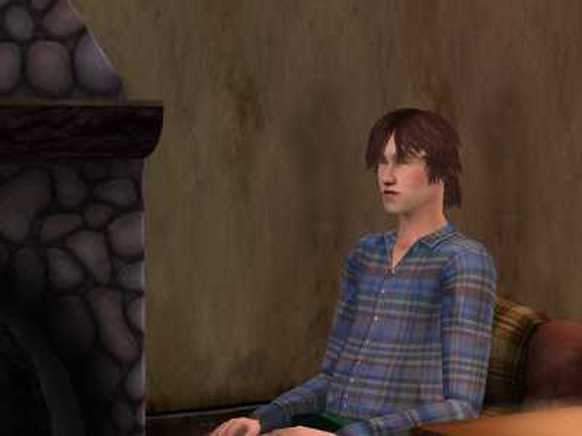 I thought perhaps he had reconsidered whether he should tell me the tale, or not, and I grew restless.  He lay his head back into his chair and closed his eyes, his pipe resting on the arm of the chair, until finally I resolved to go to bed, thinking the story would never come. 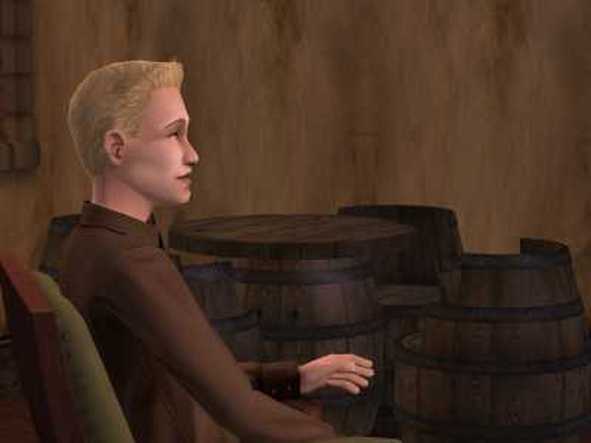 Just as I moved to get up, he began to speak.  And this is what he said.