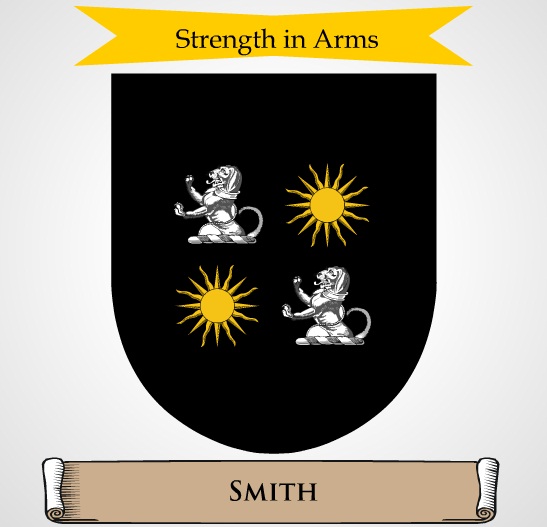 The Smith family has lived in Shropshire since King Hrodwulf was crowned in 510.  Aelflebert Smythe fought in the wars to defend Haevinia, and was knighted by King Hrodwulf.  The Smythe family is unequaled in the land at the art of metallurgy, and have kept their secrets well guarded.  In olden days, some of the family were known to become alchemists, pursuing the more arcane reaches of the science.  In recent generations, however, the Smiths have been workers of metal--gold, silver, and iron--and their unique skills are known only to the family.  As loyal defenders of the crown, the Smith family seek only to be His Majesty's staunchest supporters, and stand ready to do whatever he asks.   After the succession of King Harold,