The Fallen House of Teverson 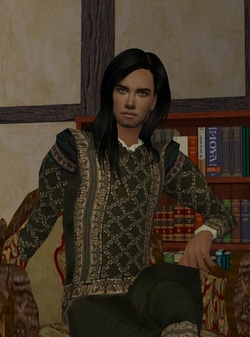 The Teverson Family, once powerful nobles, fell out of favor after opposing some of the land reforms proposed by King Edgar's parliament.  Their titles stripped, their lands confiscated, and many members of the family sent to the scaffold, only one--Richard--now survives, the youngest son of the once powerful Duke of Burgundy.  At the age of one year, Richard was saved by his wet nurse, who smuggled him past the King's guard in a pumpkin cart.  Richard's only memory of his family home was a plume of fire set against the clear night sky, and the shrieks of the serfs rushing to save the crops which burned in the field.  Nursed on stories of his family's once splendid grandeur and their ignominious defeat, Richard grew up in isolation and secrecy, brooding on how to regain his rightful place and title, and restore his family's name.
Upon coming of age, his nurse presented him with a rich ruby necklace--the only piece of family jewelry she'd been able to save.  She assured him that its craftsmanship was of the highest quality, and its value far surpassing any treasure in Warwickshire.  Put to the right use, the jewels were rich and rare enough to restore his wealth and honor.  Richard left the country, bidding farewell to his aged nurse, and set forth for Shropshire, a small town in the south of the once majestic Burgundy, now broken into three smaller counties.  He traveled to Shropshire, much the way he'd left it, in a pig cart, arriving dirty and bruised.  He bribed the gatehouse guard, Jack Dey, with two of the smallest tear drop rubies from his mother's necklace, gaining entrance by the South Gate.  That night, he slept in a haystack outside the blacksmith's shop and dreamed of restoring his fortune.
The next morning, he found lodging at the inn, and struck up a friendship with the innkeeper, Baastian Vahan, from whom he learned the history of the town's change.  Shropshire, grown into a bustling city, and bursting with merchants and vagabonds of every stripe, was transformed from the sleepy village his parents once knew.  After some days, he ordered a suit of the finest cloth and the latest cut from the local tailor, Robert de la Fleur, whom he suspected was more than a simple merchant, from his demeanor and accent.
Outfitted as a gentleman, Richard introduced himself into Shropshire's polite society, most of whom were newly elevated by the young King Harold, including the gentleman Campion and the newly titled Charcot.  With the jewels from his mother, Richard secured a betrothal to the young Enide Charcot, the Baronet's only daughter.  In a hurry to ensure the match, Richard insisted upon the finalization of the marriage even before the completion of the Baronet's estate where the couple was to live, much to the young lady's distress. 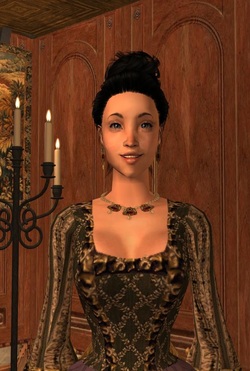 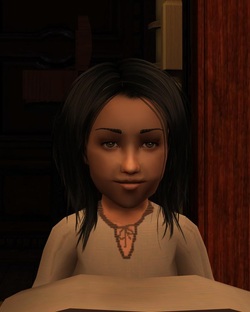 Back to Teverson Family Households