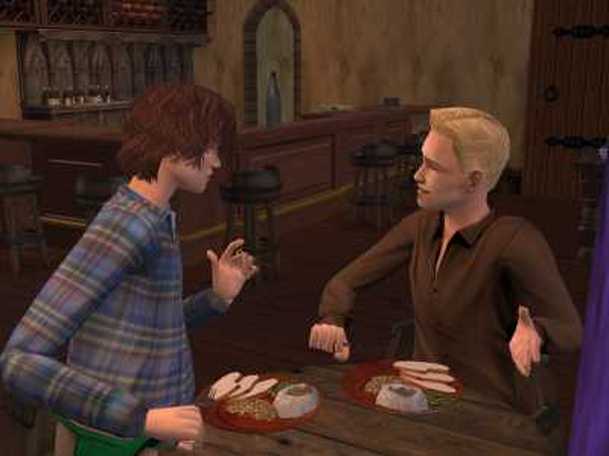 The next evening after a huge supper, the innkeeper and I settled ourselves before the fireplace.  I was becoming familiar with his customary slow pace, and I resisted rushing him as he leaned into his chair and closed his eyes.  I waited for what seemed an interminable length of time, till I was quite sure he was asleep, and thought to begin reading a book, so long did he sit there, fixed and unmoving.  Finally, as though he were recalling the events from a distant summer afternoon in his boyhood, he opened his eyes and began once more to speak.  Below, I have recopied his tale as nearly as I could.  You will, no doubt, be surprised at the elevation of the diction, but I swear to having taken no liberties in the text whatsoever.  Even the dialogue was seamlessy woven into the story as the innkeeper spoke.  The innkeeper's tale was told in a language not his own, and were I not there to witness it myself, I most assuredly would not have believed what I heard coming from the simple rustic who sat before me. 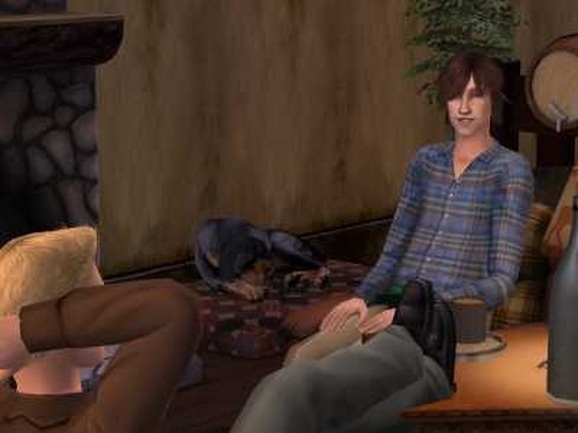 The Tale of Warwick
Chapter 1
Once, long ago, a wise King, Edgar, and his Queen Maurivinia, ruled the land of Haevinia with grace and wisdom for many years.  King Edgar's rule brought order to a warring land, and the simple people of the land praised him for his strength as much as they commended his compassion, for King Edgar was a fierce and benevolent monarch.
King Edgar had two sons, Edward and Harold. 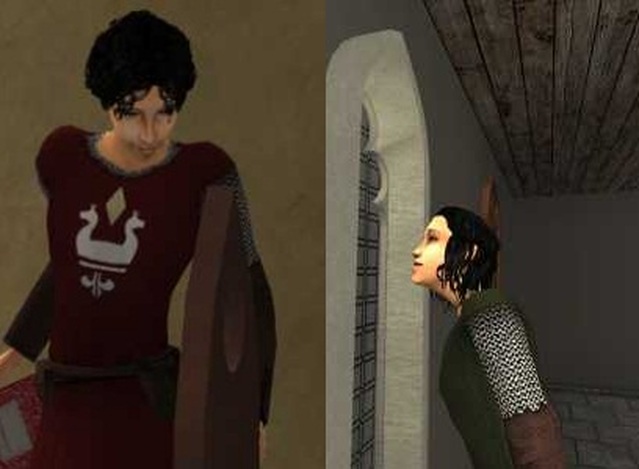 As the boys grew, they became more and more alike in appearance, excepting that Harold was the taller and more sturdy of the two.  Rumors among the people had it that the two were twins, but the boys were similar only in outer appearance.  In every other way, they could not have been more different.
From infancy, Edward had been the favorite of his father, and enjoyed the particular and special attention of the monarch's personal guidance.  In every moment, Edward was carefully coddled and instructed on the finer points of all known philosophies of his day, including alchemy, astronomy, and geometry.  His love of the natural sciences led him to read Pliny, Aristotle, and Euclid by the age of ten.  His study was meticulous and thorough and by the age of fifteen, he had mastered the scholasticism of his age.  He became overbearing in his own pedantry, and frequently disputed with the schoolmaster on the finer points of philosophy. 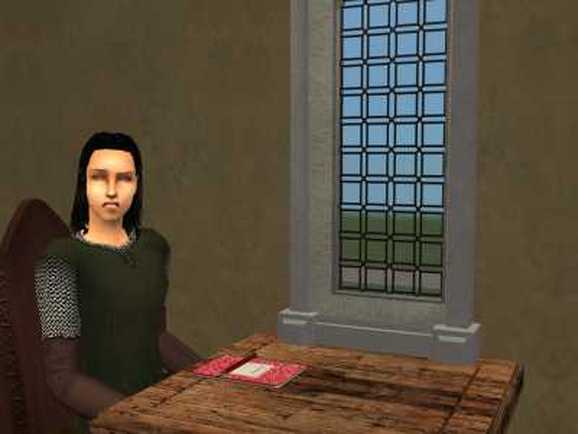 Harold detested the barren leaves of philosophy and while Edward pored over columns of figures and abstruse syllogisms, Harold peered out of the window and daydreamed about brawny stags to hunt and doe-eyed hinds to chase.  The worst part of school, though, was definitely Edward's arrogance.  No, the worst part had to be when Master Whitton left the room, and Edward tried to help. 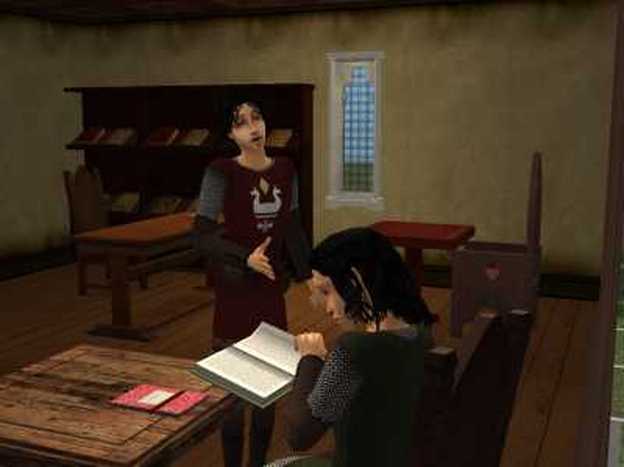 "Brother, do you need help completing your disquisition on Pliny the Elder?  Or have you accidentally written a satire on Plutarch's Lives?  You'll never be made Duke at the rate you're going.  You'll be whipped to ribbons by Master Whitton before mid-day meal, or I'm not the crown prince of Haevinia."
"Pliny the Elder?  I've been working on Pliny the Younger. And this book doesn't have anything about him in it anywhere."  Harold cursed under his breath.  He wished it would rain.  At least if it were raining he wouldn't be missing such a fine afternoon cooped up with Pliny the Whoever.
"By the rood, you're quite a dolt, Harold."  Edward turned up his nose and smirked. 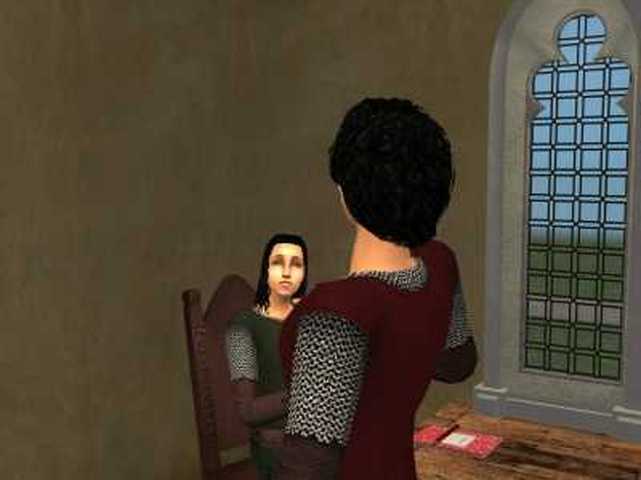 "Who cares?  What's the difference anyway?  Lessons are just stupid chores to be gotten through--like slopping poop if you're a farmer.  These are the chores of a noble, and when I'm Duke, I shan't ever study again."
"Duke of what?  Warwick?  That paltry little shire.  It may be the largest of our regions, but it is the poorest and most useless plot of land in the kingdom.  Who would make anyone Duke of Warwick?  You'll settle for Earl, or maybe Baron."  And Edward laughed again.
"That's a pet theory of yours, but the decision is the King's.  And you, brother, are no King."
"Yet."
"And there, brother, is the difference."
The two eyed each other severely for several moments.
"I'll teach you differences," Edward laughed.  "When I'm done with you, you'll know Pliny from Plutarch, and you'll know you're no Duke of Warwick, either." 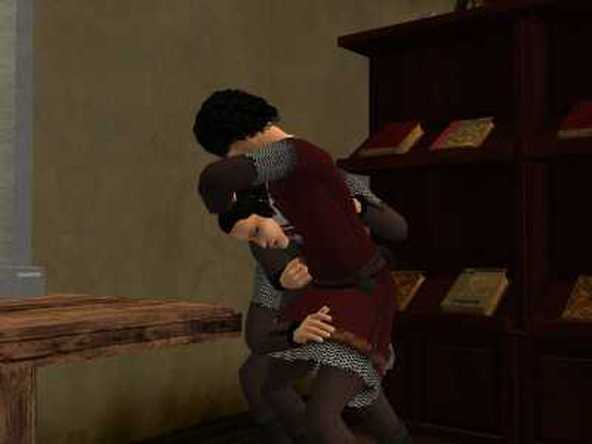 When Edward finally left, Harold returned to his desk.  There was no point in worrying about it.  He scratched out "Younger" everywhere and replaced it with "Elder."  That would have to do.  Then, at the bottom of the scroll, he hastily scribbled the first words that came to mind as a conclusion, "ubi sunt qui ante nos fuerent?" and signed his scroll with a sweeping flourish.  He knew it wouldn't be enough to impress Schoolman Whitton, but maybe it would save him a whipping, at the very least.  The old goshawk!  How Harold hated his hook nose and watery eyes!  When he was awake, which was only half the time, he paced the room with a fierce vigilance, looking out for aimless behavior, which meant Harold constantly got the switch, and Edward always got the praise. 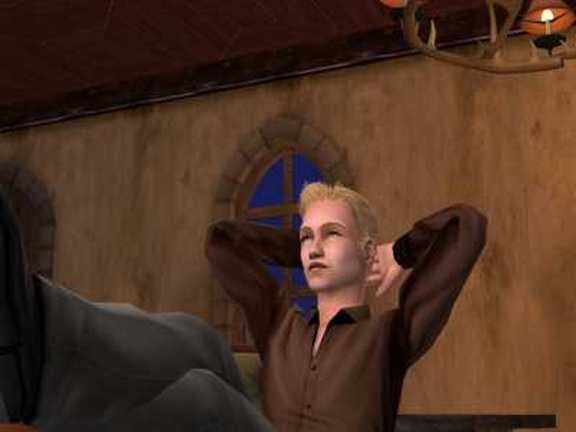 "So what happened?"  I asked when the innkeeper stopped.
"What do you mean?"
"Well, did he become Duke, for starters--and I suppose, how did Haevinia become Warwick?  And," I remembered, "how did Harold become King?  And what about Edward?  You've left a lot of questions unanswered here.  In fact, I think I'm more confused now than when you started."
"Those questions will be answered in time."
"But now, it's time for bed."  The innkeeper's wife, Sheila, appeared in the doorway and led us both upstairs.
I must have been tired, for I don't recall falling asleep.
Back to Prologue, 2
Continue to Chapter 2